Cockroaches are on everyone’s mind this time of year. Especially if you start seeing them!

Homeowners and especially new residents to Florida have a lot of questions about several insect related issues. Here are some of the current topics people are discussing and seeking more information on:

The Palmetto Cockroach Bug is new to many people. Here are some things that most people who didn’t grow up in Florida don’t know.

Here is some informtation from The University of Florida IFAS/Extension:

The adult is distinctively large in size, ranging from 30–40 mm (1.20–1.60 in) long and up to 24 mm (1.00 in) wide. The body ranges in color from reddish brown to nearly black. This species also lacks developed wings in either sex, instead having reduced wing pads and absent hind wings. The wings form short leathery pads, referred to as tegmina, which barely meet on the midline of the body and do not extend to cover any portion of the abdomen

The Florida woods cockroach, is native to the southeastern United States, where it is often referred to as a palmetto bug. It is a peridomestic organism that can be found in structures near the home, such as storage areas, greenhouses, or shelter boxes for other structures such as water pumps. It is also an occasional invader of the home, but lacks effective flight wings and is slow moving. Its presence in the home is typically a result of being transported indoors on another item, such as firewood. 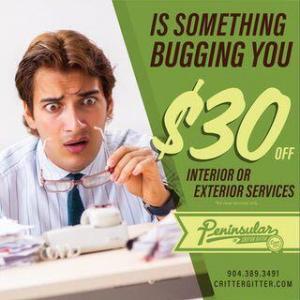