When it comes to Wasps in Florida, the main way to tell if an insect is a wasp (such as yellow jackets or paper wasp) or hornet is their size. Hornets are more hearty and larger in size than the wasp.  Secondly, certain wasp species can be solitary, whereas hornets are very social insects.

Hornets are also known to protect their nest sites with hostility.  Both hornets and the wasps in Florida are recognized for being more aggressive than bees, the bald-faced hornets are especially more hostile than wasps.  You may receive a sting from one of them even if you aren’t actually threatening their nest.

The next time you encounter a wasp or hornet nest, avoid it if possible.  Keep the area barricaded off and try to avoid destroying it, if possible. Doing this, enables the wasp to abandon the nest.  Giving the insects plenty of room is the best way to encourage them to move out of the nest.  As soon as winter arrives, every member of the nest will die, except the Queen.

Yellow jackets and paper wasps will not chase you too far, unless you have harmed their nest. Hornets can chase you up to 300 feet. The Common Wasp is a social wasp that can form smaller nests, like in the roof of your shed. Or colonies of more than 10,000+ in burrows or other suitable nesting sites. The nests are built of a paper like material scavenged from dead and dying wood which they mix with saliva to form a pulp, this is applied thinly to create the paper texture. Seen here scavenging on old rotten pear fruit.

Emerging from hibernation in early summer, bees and wasps in Florida usually maximize their living quarters as the fall season starts, and sometimes as early as summer’s end. It is also observed that stinging insects become more aggressive in the fall.

The University of Florida IFAS/Extension has more information on the wasps in Florida and hornet, as well as honey bees. 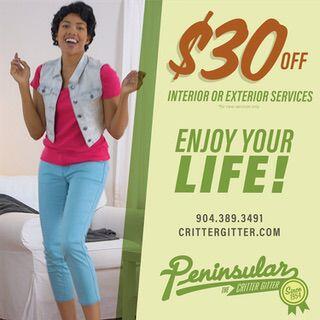